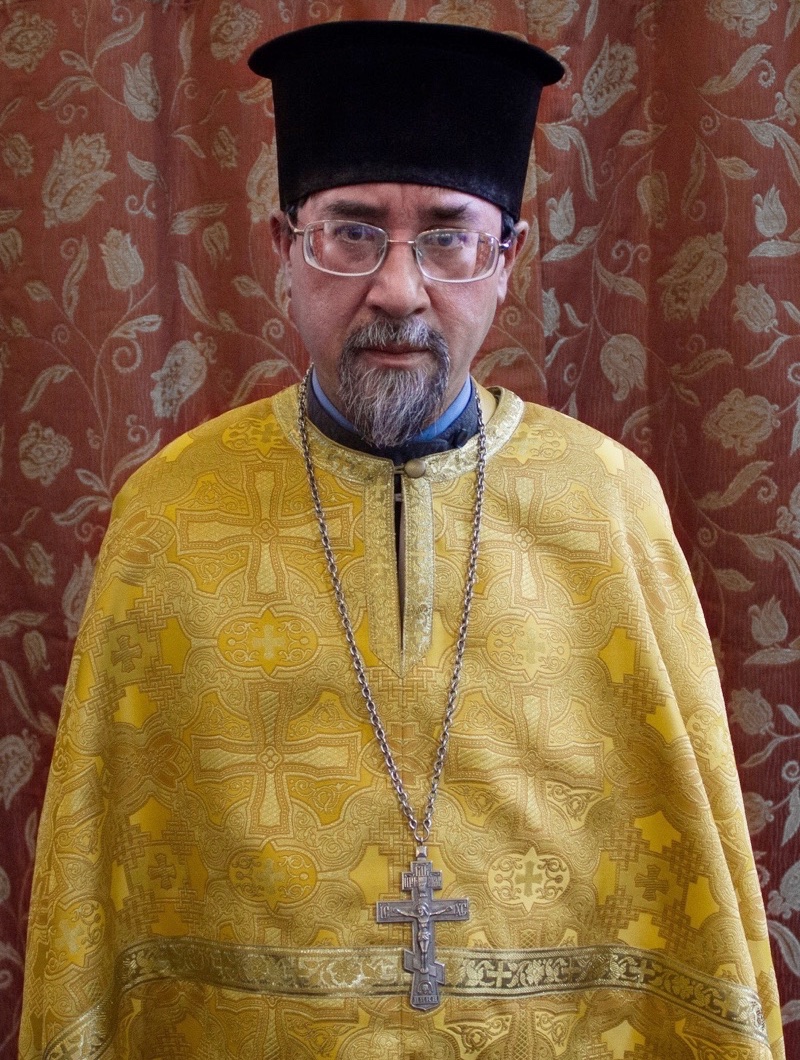 Fr. Alexander comes from Toronto, Canada. He has lived in London for over ten years. As a child, he attended the Orthodox Church but was not baptised until his twenties. Thus, he speaks to both 'cradle' and 'convert'. Fr. Alexander has taught the Orthodox faith for over twenty-five years. Graduating from St. Tikhon's Seminary in Pennsylvania, he was ordained a deacon in the Orthodox Church in America (OCA). Coming to England to pursue doctoral research, he was appointed a tutor and later chaplain of the Institute for Orthodox Christian Studies, Cambridge. Upon transfer from the OCA to Antioch, he was ordained to the priesthood by Metropolitan Kallistos (Ware). Currently, he is the Assistant to the Dean of the Antiochian Orthodox Archdiocese of the British Isles and Ireland, the Theological Advisor to its Ordination Committee, and Chaplain of the Institute for Orthodox Christian Studies in Cambridge. Fr. Alexander is the author of a doctoral thesis on phyletism, the heretical notion of a national church.

Sayidna comes from Latakia in Syria. He was enthroned Metropolitan of the British Isles and Ireland on the 27th February 2016. He studied mechanical engineering before reading Theology between the years 1995 and 2005 at St. John of Damascus Institute in Balamand, Lebanon, where he received his Master's degree. He then continued with a Doctorate in Theology, Ethics and Homiletics at the University of Thessaloniki in Greece, until 2010.

His Eminence Silouan served as archimandrite, priest, pastor and preacher in the parish of Latakia since 2000 and also as chaplain to Metropolitan John Mansour between the years 2010 and 2015. He has worked extensively in the Orthodox youth movement since his youth — and was appointed President of the Latakia Centre for the Orthodox Youth Movement from 2001 to 2003. He was appointed by His Beatitude Patriarch John X of Antioch and All the East abbot of the Patriarchal Monastery of St. George Al Humaira. He has owned and developed the website Orthodox Lighthouse since 2006.